A sculpture I admired near the library.

Darmstadt, Germany is located in Hessen, not far from Frankfurt. It actually has a few notorious claims to fame, if one does some research. During the rise of Nazi Germany, Darmstadt was the first city in which Jews were forced to close their shops. Some years later, 3,000 of these Jews were taken to concentration camps. It is also the city where Ecstasy was invented. Darmstadt doesn’t advertise these facts. I found them on my own while looking for things to do because Darmstadt is not a tourist destination; more a place where people live and work. There is also a university here, and some interesting churches and architecture to look at as one walks around. So that’s what I did. I walked around. 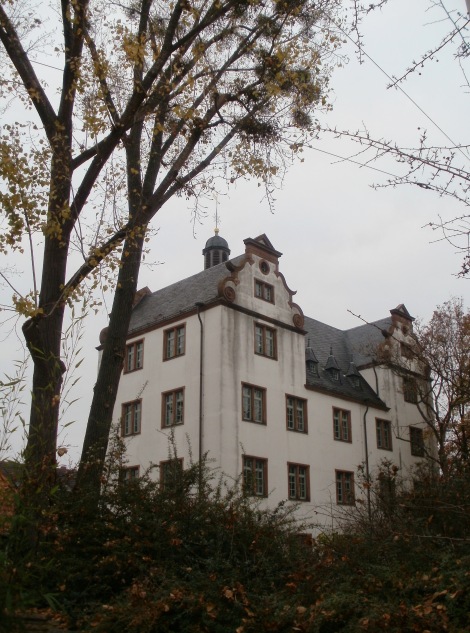 A house of no significance. But beautiful.

To me, the architecture is beautiful, though many of the buildings/structures/houses I saw were not marked as anything special. The streets around the city center and market place are cobblestone, which always makes a city seem quaint to me. They are pedestrian traffic only and here I found exactly what I wanted to find: two used bookstores that had some books in English, a library, a Starbucks and currywurst. Currywurst is the street food that I’d hoped to find, but thought I might not unless I headed farther north in Germany. It was delicious!

Stomach full, re-caffeinated, and book in hand, I spent a wonderful afternoon in the city center watching the crowds. I’m glad I didn’t let Darmstadt’s Nazi and drug-laden past keep me away. Though truth be told, those little character flaws might have drawn me to it in the first place. Maybe the tour books ought to mention those.

What places have you visited that would probably like to forget their sordid pasts?

13 responses to “Darmstadt: A City with a Somewhat Sordid Past”