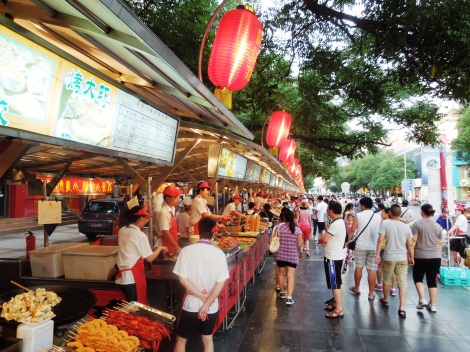 In my last post, we weren’t sure what we’d be eating. But at Wangfujing Snack Street, we knew exactly what we were eating — scorpions and tarantulas — and yet, that didn’t stop us.

You have to come to Wangfujing Snack Street if you’re in Beijing. It’s a touristy, novelty kind of experience, but we need those, right?

There were all kinds of weird things to try: 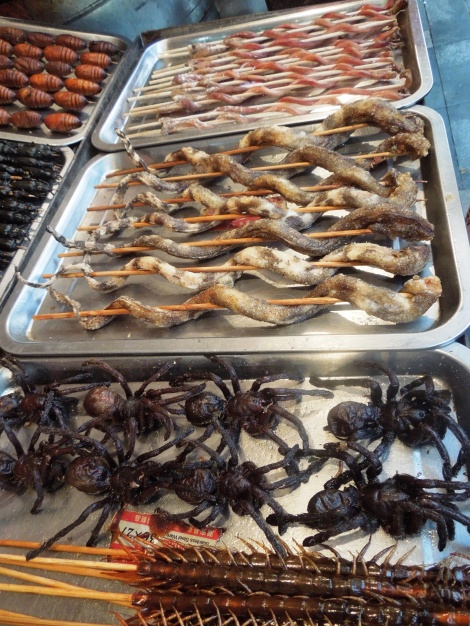 Here we have beetles, worms, snakes and tarantulas. Decisions, decisions. 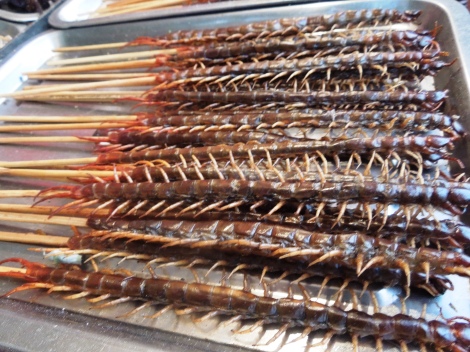 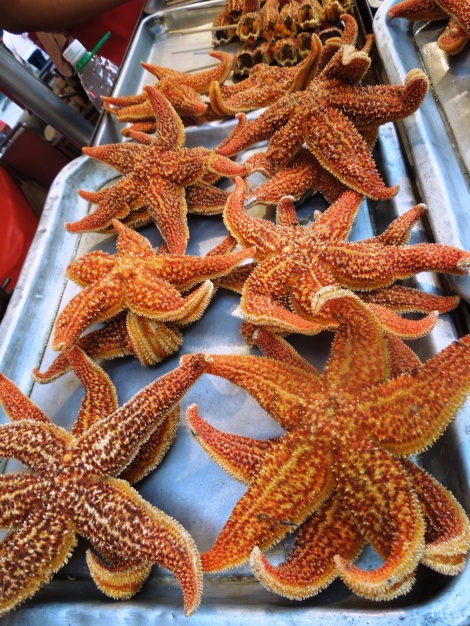 Starfish seem too friendly somehow to eat. Plus, we didn’t know how to eat them. 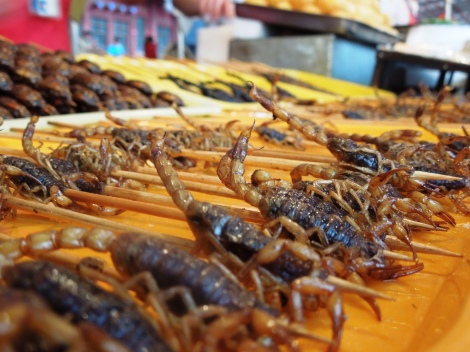 Scorpions on a stick

Actually, my husband was the first brave soul to try one. He ordered them from the vendor and the vendor held up two wriggling scorpions for my husband’s inspection (like smelling a wine cork, right?). He nodded and the vendor speared the scorpions on a stick and deep-fried them. I hate to say this, but they were delicious. They tasted like the crispy wing of a chicken. My daughter even liked his enough to order some of her own!

After that, my husband tried a tarantula. Cooked tarantula is not pretty. 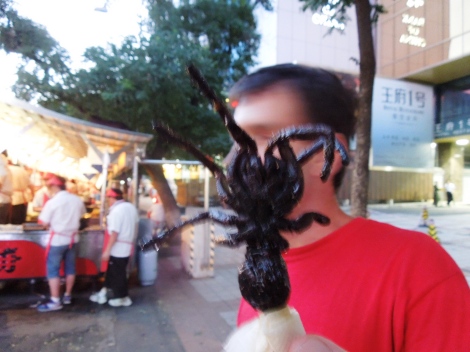 Eating a tarantula in China

He didn’t care for it. He said it tasted like char. My daughter tried a leg, too, but I declined. Hairy, charred spider legs just don’t do it for me. Not to mention the fact that I was now starting to wonder where all these scorpions, spiders and bugs were coming from? Almost made me afraid to look around our hotel room too closely.

But Wangfujing is not all about creepy-crawlie weird food. There are plenty of normal snacks to choose from, too. We ended up with noodles, won tons, and fruit to fill us up. My daughter got a sugared pineapple filled with rice, but it was waaayyy too sweet for me. 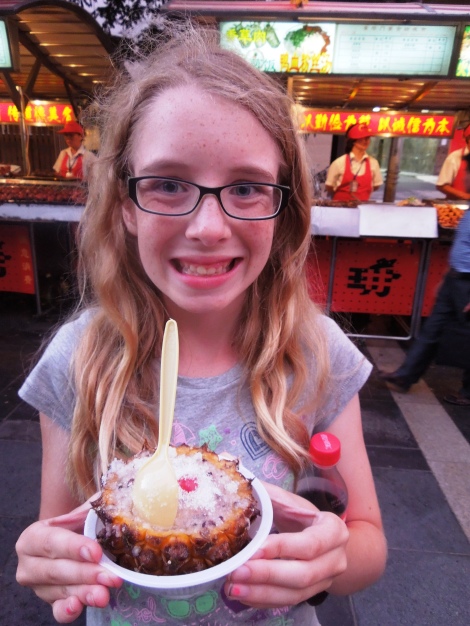 A dessert as sweet as she is. 🙂

I considered ordering some dim sum just because they were so darn cute! I don’t really like dim sum. I just wanted to take them home as souvenirs, but realized that was not a good idea. Can you blame me though? Look at these things! 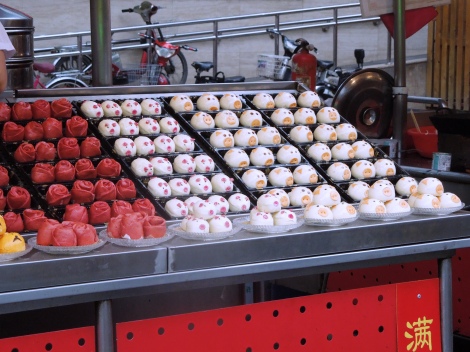 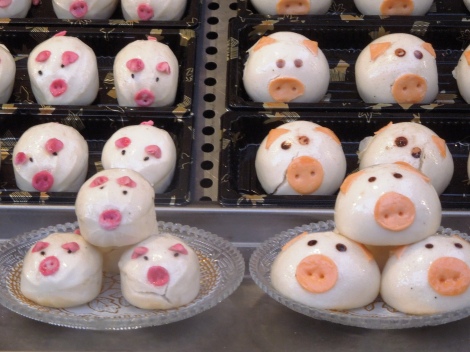 Cutest faces we saw on the food at Snack Street.

As we were finishing up, a young Aussie guy came up to us and offered us a bite of the sea urchin he was eating. We were a little taken aback by this odd (possibly high?) stranger literally walking up to us off the street and offering us a bite of food off his fork. Maybe we should have indulged, but it was all so crazy. And we didn’t have any leftover tarantula to offer him. Instead we declined and left with our bellies full of arachnids and fruit. That was enough crazy for one night.

Now, time for your order. What would you have sampled on Snack Street?