Just across the Ohio River from Cincinnati is a little town called Newport, Kentucky. It’s actually growing these days, but it may never be as big as it was in its heyday, when gangsters owned the town and the casinos made millions by the hour. In fact, Newport was the prototype for the casinos of Las Vegas. Hard to believe this little Kentucky town was the epicenter of gambling, bootlegging, and organized crime, but it was.

My husband and I learned all about Newport’s history during American Legacy Tours ‘Newport Gangsters’ tour. 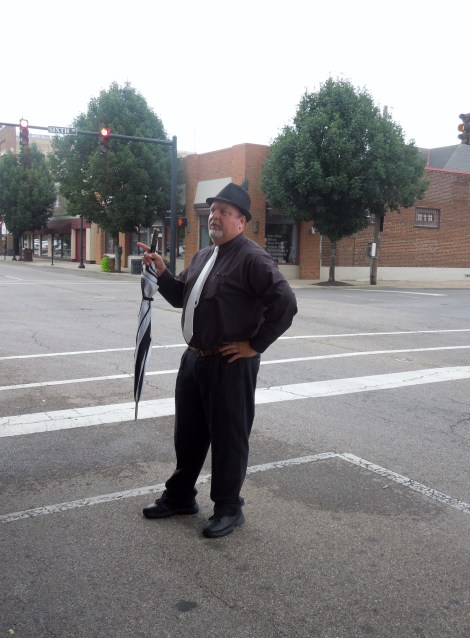 The tour guides dress like gangsters. Gotta love that!

The tour meets at the Dueling Pianos Bar which is housed in a building that used to be a gambling establishment. There, we watched a powerpoint presentation and heard an entertaining lecture before we headed out on our tour. It seems a little odd to call sitting in a back room and getting a history lesson a tour, but there so many layers of information intertwined in Newport’s notorious history that it was necessary. And fascinating. And, as luck would have it, it was raining the night of our tour, so we were happy to be inside out of the rain. 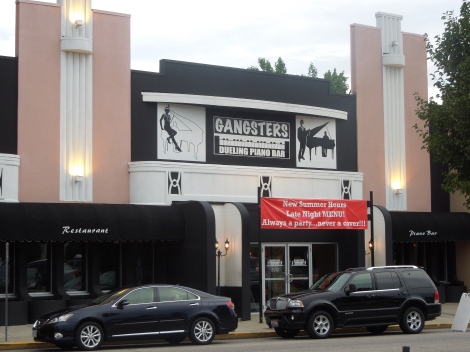 I’ve already written about Cincinnati’s beer history. The city could have gone bust during Prohibition if it weren’t for the criminal mastermind of George Remus, who looked for loopholes in the system and discovered that alcohol could be used for medicinal purposes. So he figured out how to make that work for Newport.

During and after Prohibition, speakeasies popped up all over Cincinnati and northern Kentucky. Newport became a town run by gangsters from Chicago, New York and Cleveland. They quickly established gambling storefronts, bookmakers, and bust out joints — a term used to describe the illegal backroom gaming parlors that gamblers could quickly escape from. There were slot machines everywhere, even at the schools and chili parlors. There were “day houses” and “night houses” full of women offering services to visiting men. Bar girls started dancing in clubs, asking patrons to buy them expensive drinks. It’s not surprising that Newport earned the nickname of “Sin City.” 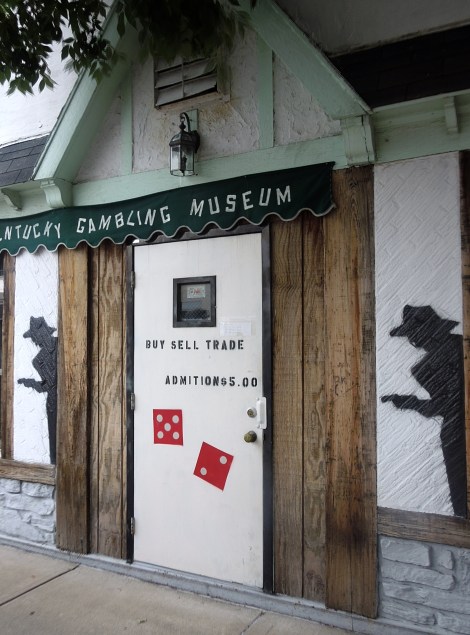 We did not go inside this museum. “Admition” is by appointment.

We did walk around Newport after the initial presentation, though there are few buildings left to see. The large Primrose and Beverly Hills Country Clubs are gone. The brothels that lined Monmouth and York Streets are now cafes and thrift shops. It used to be that 1,000,000 out-of-town visitors arrived in Newport every year until the start of WWII. Now it’s a town of 15,000 people that looks across the Ohio River to Cincinnati, who just opened its first casino in 2012.

Newport tried to clean up its act. The casinos closed and the gangsters moved out to a little desert town in Nevada to set up shop there. In its heyday, the streets of Newport, Kentucky, not Las Vegas, were graced by the likes of Frank Sinatra and Marilyn Monroe. It was the place to be if you had any type of vice. Few remnants remain. But if you’re in the area, stop by and learn a little more about its fascinating history. If you want to gamble, though, you’ll have to head across the river to Ohio. Lots of good beer there now, too.

Did you know anything about the gangsters of Kentucky?