To me, there is no question. Be both.

While I dined with Krizsta, I mentioned that I planned to visit the Szechenyi Baths that afternoon.

“It’s so touristy. I would suggest you visit Gellert instead. Or my favorite one, which is much cheaper and the tourists don’t go to: Rudas. It is a Turkish bath. Very nice.” 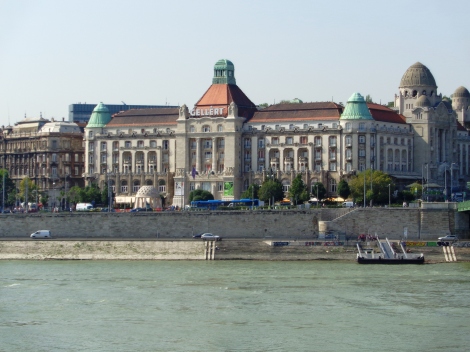 She went to get her computer to show me pictures of the baths she had mentioned. But I already knew that I wanted to visit Szechenyi. I’d seen pictures of its bright yellow facade housing blue pools and colorful people and I wanted to go see all its cheeriness for myself. After all, I was a tourist. And often there is a reason tourists go to these overcrowded spots. 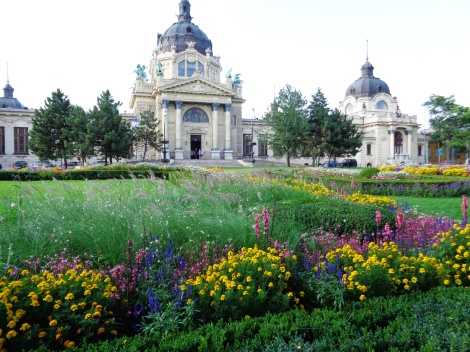 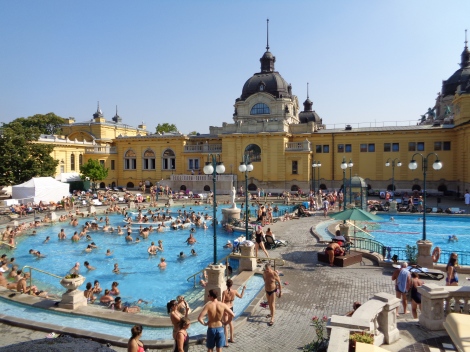 Krizsta brought her laptop to the table as we ate and she pulled up pictures of the Gellert and Rudas baths. They both looked very tranquil. Both were housed inside beautifully ornate buildings with handsome columns and marble walls. They were beautiful, but seemed so formal. There were no people in the pictures she showed me. These baths seemed to inspire awe and an understanding of its rules, which is something I didn’t have.

Sometimes tourists need to visit touristy places because it’s so much easier than trying to fit in with locals. I looked at pictures of the Szechenyi baths with its crowds of people and I knew that it was a place to have fun; to experience a thermal bath/spa without worrying whether I was doing something right or wrong. It was a place where there would be staff on hand to point you in the right direction and tell you how things worked. I’d only been in Budapest for 2 days. I needed instruction.

The water gets warmer as you move toward the middle

Some people show great disdain for tourist attractions and tourist menus and things of that sort. I think they may not be considering all the work that goes into being a tourist: figuring out the currency conversions, following a map, worrying about transportation, not speaking the language, and not knowing the rules of being in that foreign place. Sometimes we visit touristy places because it’s so much easier. We need someone to help guide us through the customs and language and maps so that we can enjoy what (usually) brought us there in the first place.

So I visited Szechenyi and soaked in the waters with people from all over the world. I laid my towel among all the crowded chairs on the deck. I stored my things in the visitors’ lockers. Then I snapped picture after picture like everyone else who was there.

Next time, I’ll visit the Rudas as Krizsta suggested. I won’t feel the need to be such a tourist. But this first time — that’s exactly who I was and I embraced it.

Do you struggle to blend being a tourist with acting like a local?

Have you ever been served a pizza with a pair of scissors to cut it yourself?