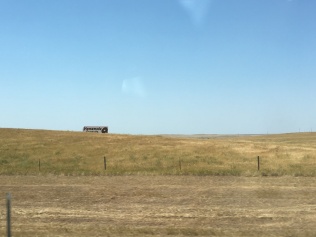 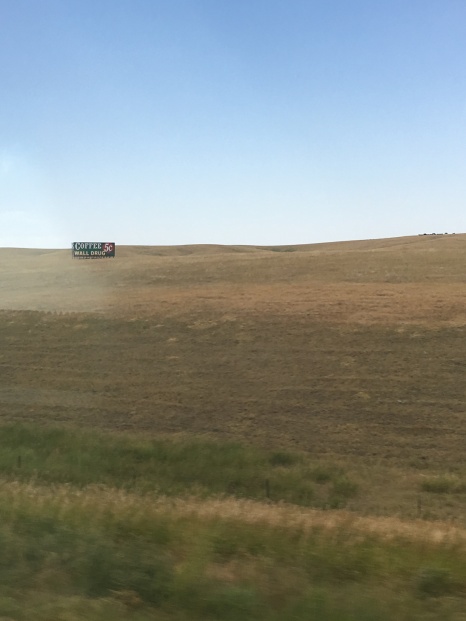 Almost the minute we crossed the state line into South Dakota, we began to see old-fashioned billboards:

Every Day at Wall Drug

We were hooked. My Dad and I were sitting in the front seats of the RV and we saw every sign for the six hours it took to get to Custer. My dad got a kick out of them. “We’d better go see what this is all about while we’re here,” he said. Which is probably what every traveler heading across I-90 thinks as Wall Drug billboards break up the wide open prairie expanse.

Wall Drug seems like Emerald City after a while. You imagine that they must have everything! You’ve seen signs for Rattlesnake boots, homemade ice cream, jackalopes and bison burgers. It’s a promise of civilization; a spot where you can find everything you could possibly need or want.

Does anyone ever drive through South Dakota without pulling off the highway to shop at Wall Drug?

They shouldn’t. Wall Drug is an experience in itself. It’s a meandering maze of shops under one roof. A book shop, a boot shop, rocks, Western gear, a barber, a chapel, a shop full of t-shirts. Another shop of souvenirs, and a Native American art gallery.

There are photo ops in the hallways. There are old-fashioned amusements for the kids. And of course, there are the donuts as advertised. And the $0.05 coffee. 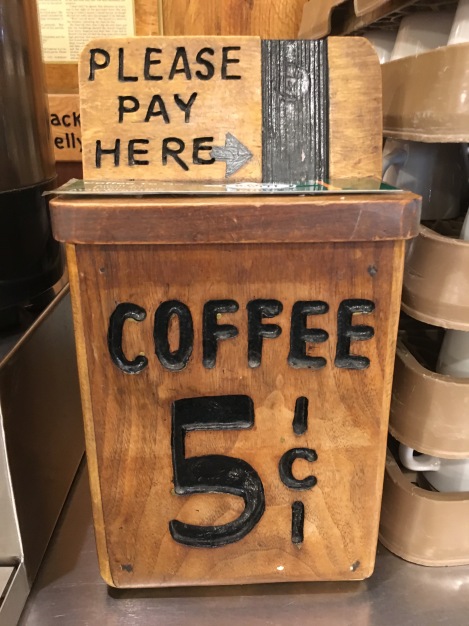 There’s just no reason not to stop at Wall Drug. If there’s something that speaks to you as “South Dakota,” you’ll find it there. Because Wall Drug is where it belongs.

Have you been to Wall Drug?

17 responses to “Stop at Wall Drug”