Here we are in 2018 — a date that would have sounded preposterous in 1880. And yet, we can still experience a bit of 1880 technology today in of all places, South Dakota! There you can take a two-hour ride on a steam-engine train from Hill City to Keystone and back. 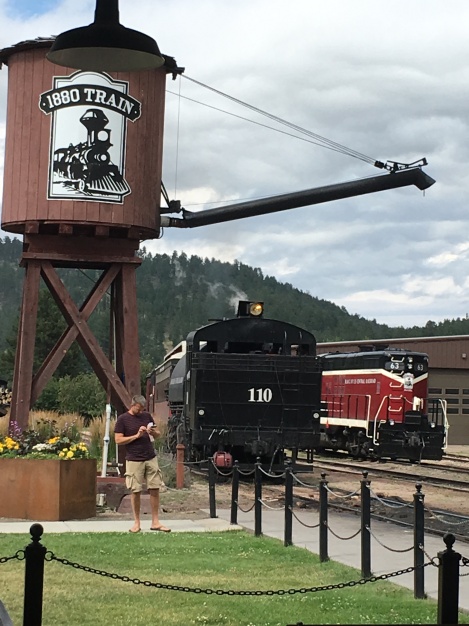 Anyone who loves trains can’t help but get excited as the steam engine chugs into the station. Steam pipes out of the smokestack and the conductor toots the horn. Everyone with a ticket eagerly awaits its arrival. Once everyone was seated, we heard the conductor boom, “All Aboard!”  I’d always thought that was a warning that this was your last chance to board, but no. It’s the signal that everyone is aboard and the train is ready to leave. 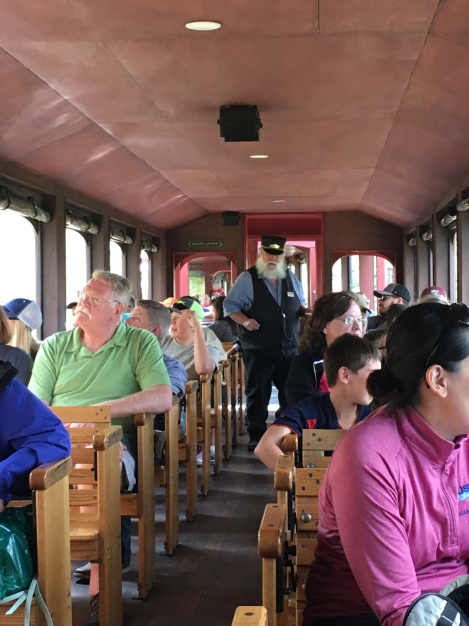 There are two types of cars to choose from: antique-looking cars with windows or open-air seating that really lets you experience the surroundings as you chug through the Black Hills countryside. 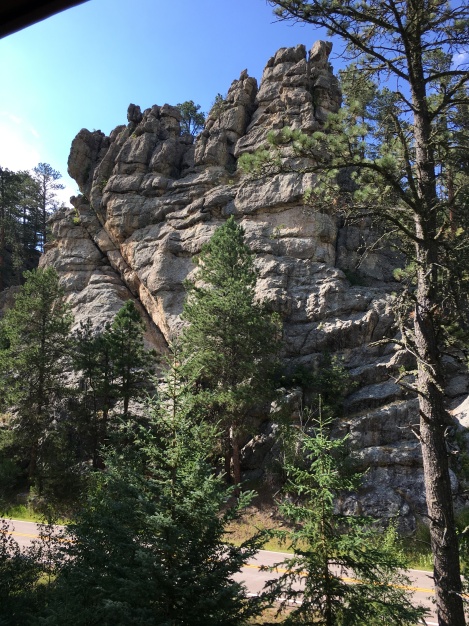 The trains follow the original route of the 1880’s Chicago, Burlington and Quincy Railroad. This is the same route that was used between the mines and the mills and as you travel, you can see a few defunct mine entrances as you pass. 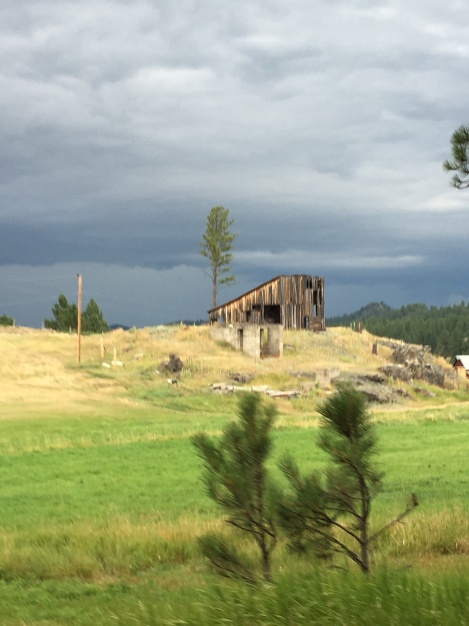 The Black Hills Central Railroad is the oldest continuously operating tour railroad in the nation and operates three steam and two diesel engines. A narrated recording and the passing conductors provide plenty of historical facts as you slowly roam along the tracks.

What interested me most (since I knew virtually nothing about trains) was what I learned about the whistle. Every time the train goes through a railroad crossing, the conductor blasts Morse code for “Q”: Long-long-short-long. It’s a tradition carried over to signify that ‘the Queen is coming.’

The other fascinating part of the ride to me was watching all the people that stopped and got out of their cars at the railroad crossings to wave and take pictures. We saw one truck with a man and boy at nearly every stop — which amounted to 20 stops along the curvy Highway 323 that winds from Hill City to Keystone. They were racing ahead to each crossing to see the train. Apparently this is not uncommon. It definitely gave some validity to the stereotypical concept that little boys love trains.

How about you? Are you a train enthusiast?

18 responses to “A Train Ride Through Time”