If you opt to get into the wolf pens to interact face to face, you will get dirty! They will paw you, possibly jump on you, they’ll slime you, and rub against you. And they are stinky. You know when a dog finds something in the yard and rolls on it? They do that to deer carcasses. True story. So expect to get dirty, stinky, and you may get a tear here and there. Worth it.

This is part of the message we received from Take It Outside Excursions in preparation for our “Tails & Trails” day in Brookville, Indiana. Suffice it to say that I was a little daunted when I read this.

I knew I wanted to get in the pen with wolves, mostly to feel their coats and take pictures, but thinking about them pawing me, rubbing against me, and stinking of deer carcass was enough to make me reconsider. But — I didn’t. I put on some old clothes that I planned to throw away if the stench was too bad, and I went to the wolf reserve ready to get up close & personal with some wolves. 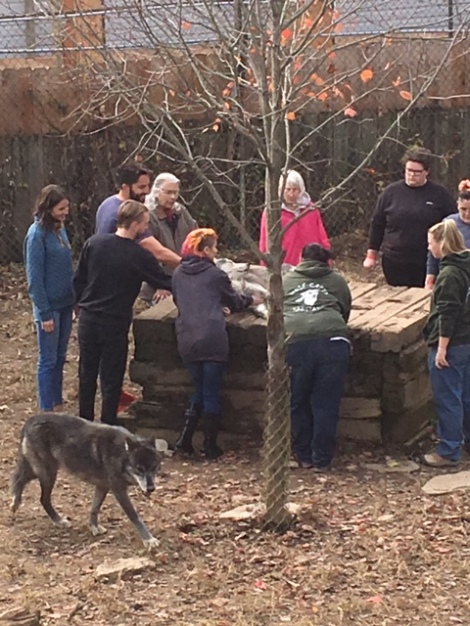 I was surprised to see how many there were! Kathy Baudendistel and her husband founded the wolf habitat and sanctuary with four wolves. They learned that wolfdogs (a wolf and dog hybrid) were being displaced in the region, left to die after their owners no longer could care for them.

“People were getting them as pets and realizing when they matured they couldn’t take care of them,” she told WCPO News.

Owning a wolf or wolf hybrid is illegal in most states, including Ohio and Kentucky. A permit is required in Indiana.

From those original four, the sanctuary has grown to more than 20 wolves that live in nine animal enclosures. The wolves are grouped into packs, with most enclosures having 3-4 wolves each. During our visit, we were able to enter three of the enclosures with staff who explained how many misconceptions there are about wolves.

They’re not much like dogs at all. They are not the people-pleasing canines that we so easily imagine they might be. They are more like cats as far as personality and willingness to “people-please.” Meaning — they don’t. They’ll come to you or they won’t. Like a cat. It made me love these wolves all the more.

But as Amy, the founder of Take It Outside Excursions reminded us, “All it takes is one wolf growling in your ear and you remember that these are wild animals.”  Point taken! 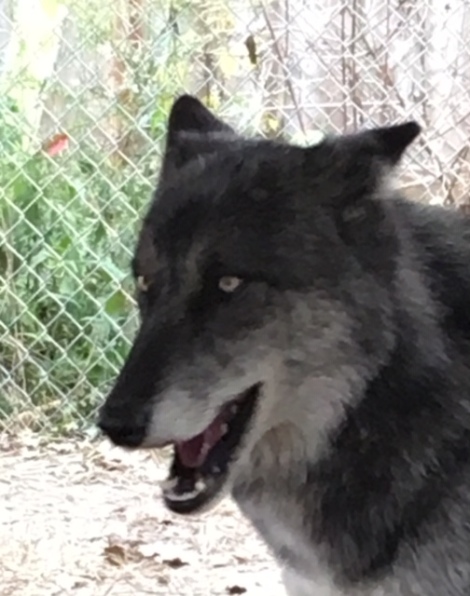 Once they do come near, they like to be scratched and have their bellies rubbed — like dogs.  But only for a minute — like cats. The wolves were actually very skittish, despite having visitors nearly every weekend. One of the staff members said that people have the wrong idea about wolves; they’re not the vicious, lunging animals depicted in film. They’re afraid of humans who are their biggest predator. They avoid us as much as possible.

Even more interesting is that there is no recorded human death by wolf attack.

All of this was very reassuring as we stepped through the double gates into each enclosure. So, were the precautions we’d gotten from TIOEX accurate? 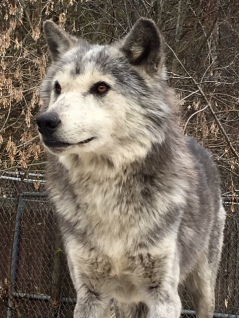 We did have wolves rub against us, leaving their scent. My son had two wolves pawing him, but not in an aggressive way. We did see the wolves gnawing on their sections of deer carcasses and maybe they stunk like rotting flesh, but we all smelled by that point, so who knows.

We petted them, rubbed their bellies, listened to them howl, and watched them interact with each other. By the time we left, I wondered why I’d ever been worried in the first place. That’s actually the goal of the sanctuary: educating people on what wolves are really like. Fantastic creatures that should remain wild.

Would you get in the wolf pens? 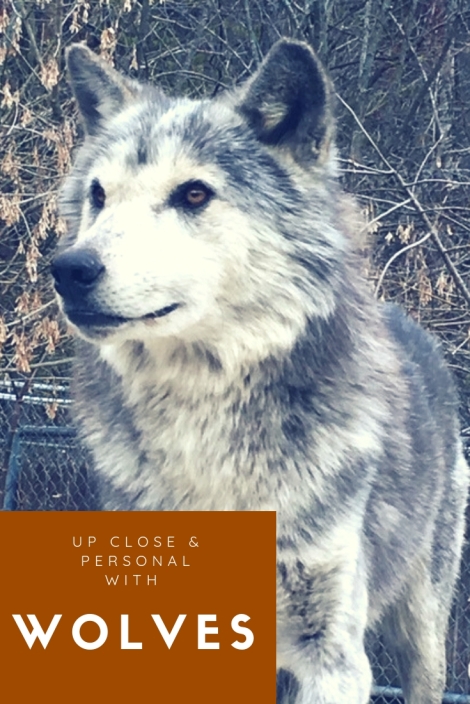