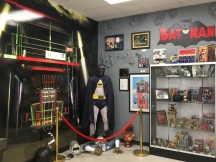 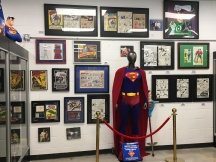 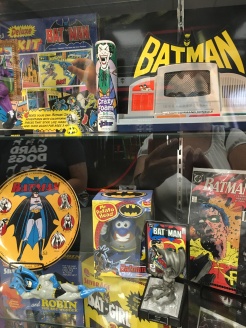 Why Do People Love Superheroes?

Is it because they show us how a single person has the capacity to make the world a better place if he puts his powers to good use? Is it because we know who is good and who is bad; because the heroes and the villains are easily identifiable?

Do we love superheroes because we all want to think we might be rescued someday? A day when the super villains seem to teeter toward having the real power — unless the superhero gets the signal to appear and save us from the villain’s evil plan? Don’t we all want the caped crusader to suddenly appear and save the world, no matter how perilous it seems?

The Joker in marionette form

There are hundreds, if not thousands of theories as to why people love superheroes. In 2017, five of the 10 highest grossing films were about superheroes. Superheroes pervade television shows, too; spin-offs of Superman, Batman, Wonder Woman, etc.. Mainstream shows like Big Bang Theory bring comic books and superheroes to the forefront and weave in elements of the stories, movies, and stars that populate popular media.

Even I’m not immune.

We all know those stereotypes of the nerdy boys who like to read comic books and play  virtual reality games; the science geeks that grow up to rule the world. Their obsession with fictional characters with superpowers seems quirky and down-to-earth. There’s an acceptance that superhero fandom is actually pretty cool. Batman, Ironman, Captain America, the Green Lantern — they’re all pretty cool, aren’t they? They all have a pretty good story. 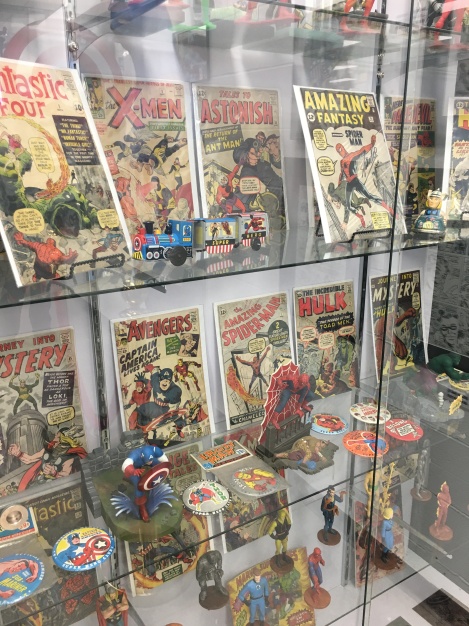 Maybe that’s why we love them? Maybe superheroes are like a modern version of Greek or Norse heroes? Maybe popular culture wishes we had a little more of this magic escapism in our everyday lives.

Most of what I know about comic book superheroes comes from watching Big Bang Theory. Which is to say, I don’t know much. So when I entered the Hall of Heroes museum, I was relieved to see a more familiar face right there at the counter: the face of Stuart Bloom, actor Kevin Sussman, whose autographed pictures were for sale as well. 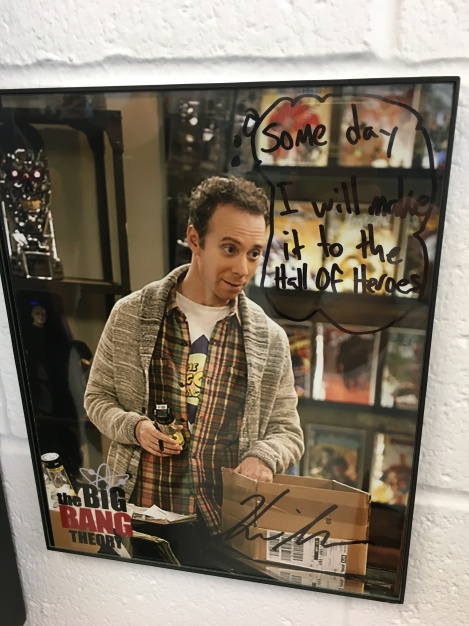 “He’s pretty cool,” the clerk told me. “He actually worked in a comic book store in real life before the show.”

That is cool. Apparently, he liked to read some of the comic books while on set, too. But whether they were Marvel or DC, I don’t know. It was because of Big Bang Theory that I even knew DC Comics versus Marvel was a debate.

Wondering who the guys on Big Bang Theory chose? It’s never overtly stated, but the characters so wear more DC t-shirts and Stan Lee makes a guest appearance on the show more than once. And — Warner Brothers, who owns the show, also owns DC Comics. So, I’m guessing DC wins this round.

The Hall of Heroes was the organic creation of Allen Stewart. He collected comics as a child and, in fact, got a job delivering two paper routes just to feed his insatiable appetite for more issues. 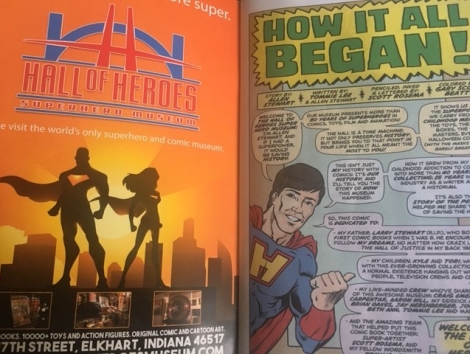 The Hall of Heroes backstory

Stewart eventually joined the military and later — BAM! POW! — auditioned for the role of Robin in the first Batman movie in 1989. Imagine making a dream like that come true?! PIFF — he didn’t get the role. Chris O’Donnell did.

I know the whole story. I read it in the comic book they cleverly created to share the Hall of Heroes history.

The Hall of Heroes is divided evenly down the middle with rows of files cabinets filled with comic books. On the left side, the displays are all things Marvel. On the right: DC Comics. Obviously, there is something that appeals to everyone there. 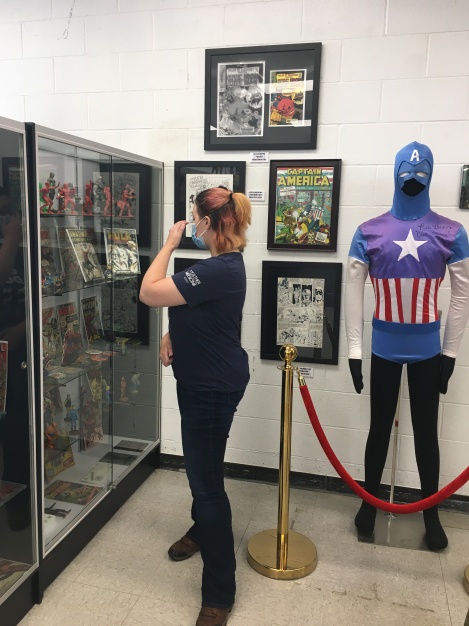 We started with Marvel’s Captain America display — my daughter-in-law’s favorite. In addition to comic books, figurines, and all sorts of other collectibles, they showcased one of the shields used in the filming of the Captain America movie.

There were movie props all throughout the museum, including two impressive movie props donated to the museum: the ’65 Shelby Cobra that Robert Downy, Jr. was sprawled across in the blockbuster Iron Man. For a small fee, you can lay there and have your picture taken in the same spot. 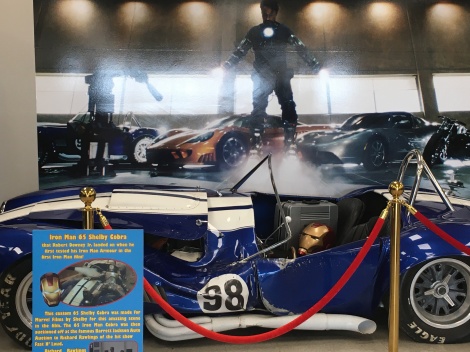 Or, sit on the Hell Cycle motorcycle made famous in Ghost Rider and pose like Nicholas Cage. 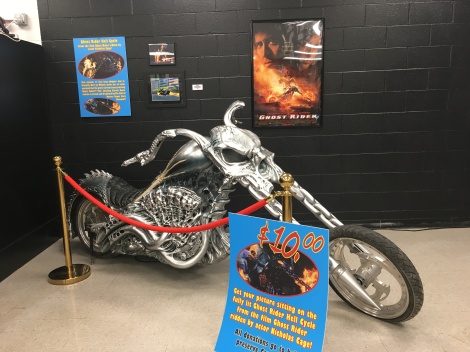 The Hall of Heroes is packed with all types of memorabilia relating to comic book characters and superheroes. They also sell comics, of course, and showcase stars like Kevin Sussman, William Katt from Greatest American Hero, Dean Cain from TV’s  Lois & Clark,  and Richard Rawlins of the show Fast -N- Loud who donated the ’65 Shelby Cobra.

It’s amazing what a childhood dream can turn into. Having all of this history and memorabilia packed into one fantastic museum is a testament to the creators of these marvelous characters and the fans who love them.

Who is your favorite superhero?

25 responses to “The Hall of Heroes”