In a recent post, I wrote about unwittingly following in President Obama’s footsteps twice as we stumbled upon dining establishments he’s been to. Then I joked that I have several travel plans this summer and wondered if it would happen again. Unbelievably, it did!

We spent the weekend in Mansfield, Ohio and stopped at the Squirrel’s Den for chocolates. (I’ll tell you why in my next post.) 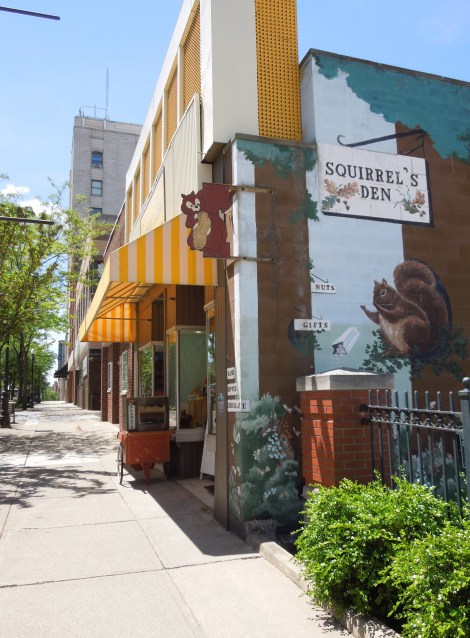 We were browsing through all the handmade chocolates, fudge, flavored popcorn and other goodies when we noticed a framed picture of Barack Obama on the counter. It didn’t hit us at first, but then we realized that the people in the picture with him were the owners standing behind the counter. We realized we’d done it again: we’d traced Obama’s path toward delectable local foods!

This is crazy! I have three more trips coming up to Georgia, Dallas, and China. Seriously, it can’t happen again. Can it?

10 responses to “Update: I’ve Eaten Like the President – Thrice!!!”