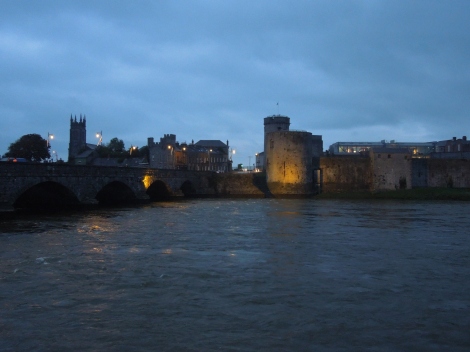 From the outside, you’d never guess what awaits visitors inside King John’s Castle. The 13th century military fortress is so well-preserved that you expect to walk across a drawbridge over a moat and into a castle guarded by knights. But the interior of this newly-renovated castle is as high-tech and modern as can be. It is now an innovative, interactive museum that explains what was going on during the siege of King John’s castle and what life was like there in medieval times.

As soon as we walked in, I wished my son were there with me. My son — but not the 24-year-old man that he is now. I wanted to travel back in time and visit King John’s Castle with my son as his 9-year-old self. This place was made for him.

Mac was the kind of kid who was always interested in military history. We would have walked into King John’s Castle and he would have understood the significance of the castle and its place in history right away. He would have immediately gravitated toward the holographic exhibits of Normans and masons who explained what their roles were in the castle and/or the village of the time. Then he would have run (and I do mean run — 9-years-old, remember) to the cannonball-firing game and would have played it until he’d not only mastered it but until he’d set his own new records. 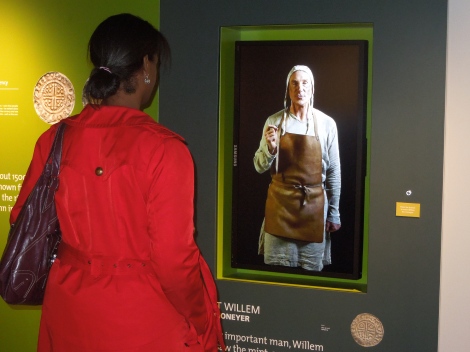 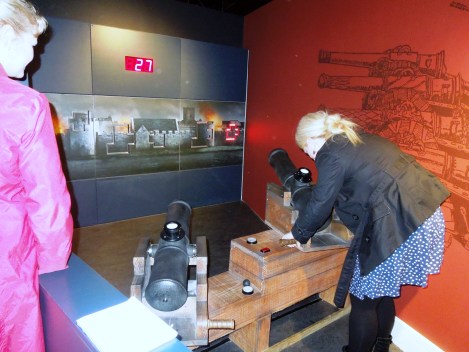 He would have laid the stone for the window arch as the mason explained it. He would have picked up the cannonball to see how heavy it was. He would have tried on the robes of the King, despite the fact that King John never actually lived in this castle. Mac would have done it all. 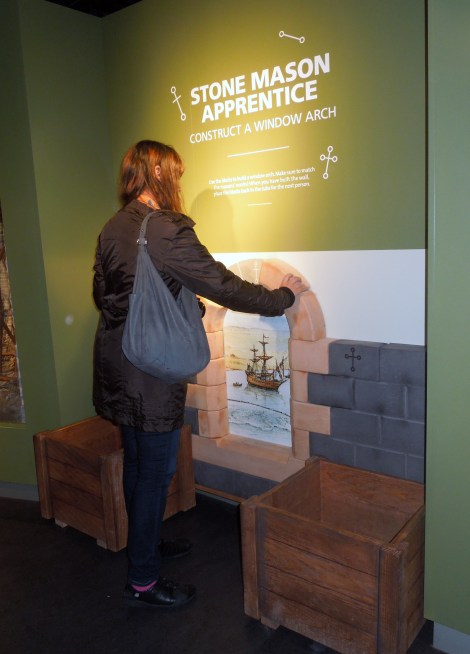 He would have stopped to read every placard and watch every film. Then he would have added all his former knowledge of the Viking era and the 1642 Siege that took place in Limerick. Every fact that he accumulated there would be forever embedded in his military mind.

I would have lead him outside, where we would have discovered a whole new museum experience. Here were costumed characters interpreting what life was like for the Irish citizens who took refuge in the castle during the Siege. We got to see what their living conditions were like, what the blacksmith did, and explore the battlements and corner towers. Mac and I could have climbed to the top of the castle and looked out over the River Shannon. We would have spent hours out there, and then Mac would have dragged me back inside to see it all again. 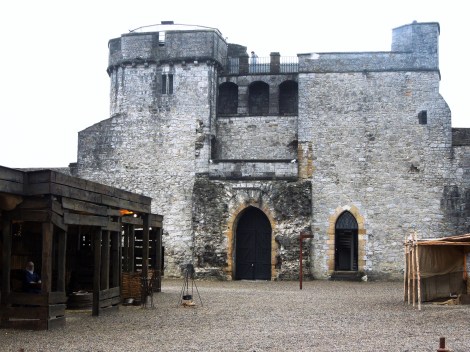 Nine-year-old Mac would have loved this place. I think most children would. It made me miss my son both while I was there, and made me miss the son who’s all grown up now. The now 24-year-old man would love this museum, too. The military history buff inside him has only grown.

Have you been to an historical site that kids would love, too?