I found myself at the Kraton, or Sultan’s Palace, in Yogyakarta. It was an unplanned visit for me; I’d tagged along with another woman staying at the Alamanda who said she didn’t know much about the palace, but heard that there was a traditional dance performed there and she wanted to see it. I was certainly game for that.

Four beautifully-costumed young women approached the pavilion and we began snapping pictures. They looked so exotic and impassive; their faces masks of anonymity as the four moved in unison.

They began their slow-motion cultural dance as men banged drums and gongs behind them and chanted a slow, sing-song melody. Every move they made seemed significant. Every slow twist of the wrist, curling of the toes, sway to the side, and stretch of their fingers undoubtedly had meaning. I watched with close attention, admiring each gesture, trying to decipher what this dance meant. All the while the men chanted, and the young women inched along in their story progression. It became hypnotic. Soon I felt lulled into the warm afternoon and lost focus. I didn’t know the story. It didn’t really matter. My mind and attention became as melted as their movements. I felt myself falling into a trance. 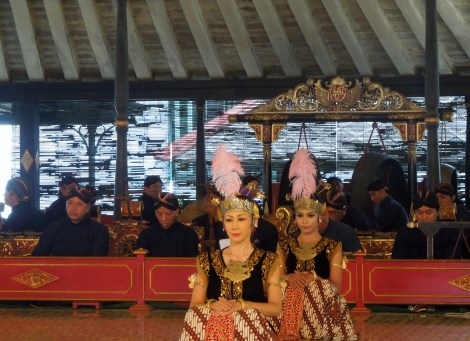 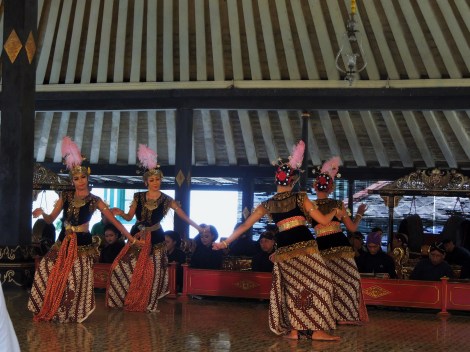 Then suddenly, the dancers were holding guns! 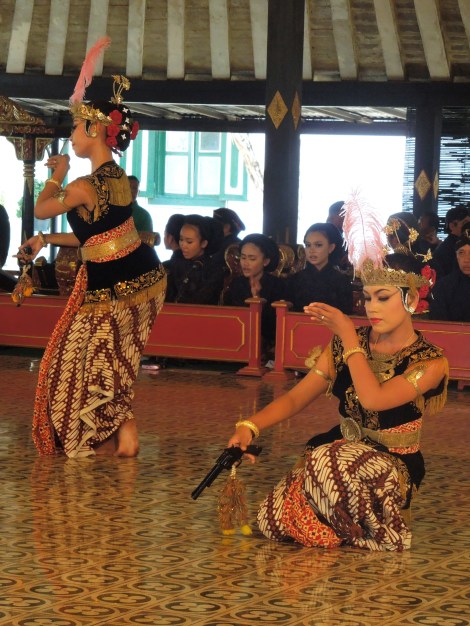 Just as I saw it, the dreadlocked Aussie next to me popped out of his chair and voiced what all of us were thinking, “Does she have a gun?!”

She did. They all did! And because I hadn’t been paying attention, and because I come from a place where guns are in the news everyday, I didn’t know for a moment whether they were real. It could have been something straight out of an American news story: Dancers Pull Guns on Hapless Tourists, or some such thing. The writer in me thought the juxtaposition of a slow, hypnotic cultural dance and sudden gun violence seemed like a plot twist right out of a bestselling thriller. I sat up a little straighter in my seat, my heart pulsing faster than it had for hours. Sadly, now we were all paying attention.

The dancers shot their cap guns into the air and continued on with a slow, slow demise that lasted another 15 minutes. Again, I’m sure it had cultural significance and portrayed fighting, revolution, or war. I am embarrassed to admit that I spent most of that time wondering where they’d been hiding their guns during the first part of the dance. I wish that the beginning of the dance had made more of an impact on me than the post-gun parts. It seems that a cultural dance shouldn’t have to rely on sex or violence to get someone’s attention. The guns stole the show.

By the time they finished, I needed a change of scenery. A dancer donned in blue came on stage for the next performance and I almost stayed because I couldn’t imagine what might happen next. But I wasn’t sure anymore that I wanted to know.

Has violence (even imagined violence) gotten your attention even when you wished it hadn’t?