As soon as I saw this apartment building in Bad Soden, Germany, I knew it had to be another Hundertwasser marvel. 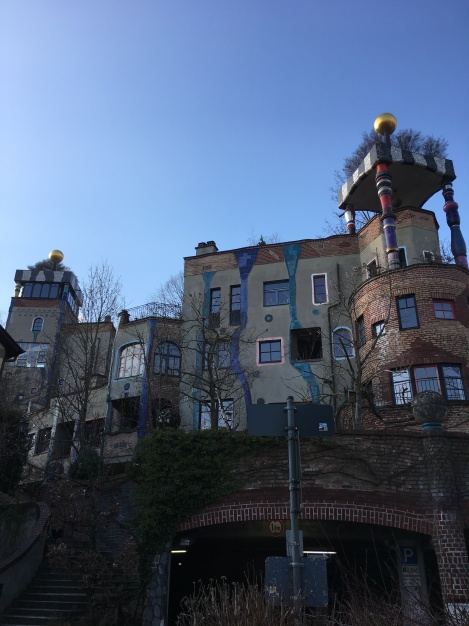 It is so much like the apartment building in nearby Darmstadt, Germany that I once dubbed a “house where Dr. Seuss would live,” except that I couldn’t find any information about this building. It wasn’t even listed in the Wikipedia list of Hundertwasser buildings. But the placard on the building said otherwise.

I can’t tell you much about the building, but I can share some interesting facts I learned about its creator:

Are you familiar with Hundertwasser’s architectural style?