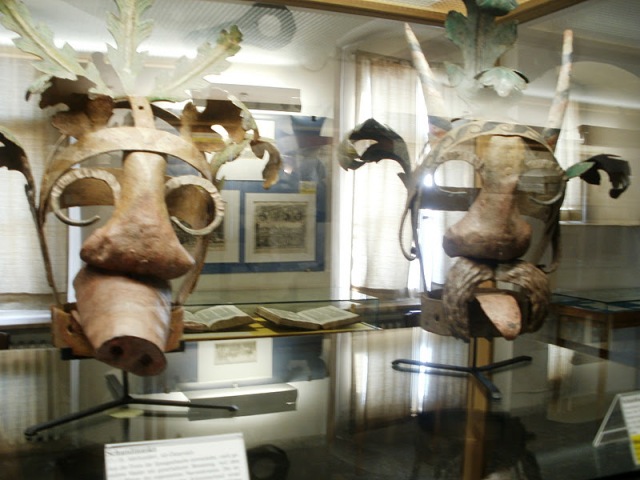 In Rothenburg ob der Tauber, a medieval city in the Franconia region of Germany, it is easy to walk along the cobblestone paths that wind through the town and consider it nothing more than a picturesque throwback to older times. But a stop at the Kriminal Museum shows a very different side of those medieval times and life within its massive stone walls. There on display are iron maidens, witches chairs, neck violins, finger screws and at least a dozen shame masks.

The entire museum was fascinating, though I was especially drawn to the shame masks. All of them were made of iron and many were rusting with age. The masks ranged from simple bands of iron that (I’m guessing) were only  slightly uncomfortable to full iron head coverings with tongue depressors to stop one from talking.

Each mask was created for a specific crime and was meant to look ridiculous and encourage taunting from the other villagers. Imagine walking around the streets of your town and seeing your neighbors weighted down with shame masks fit to their crimes. Here are a few of the infractions punishable by shame masks: 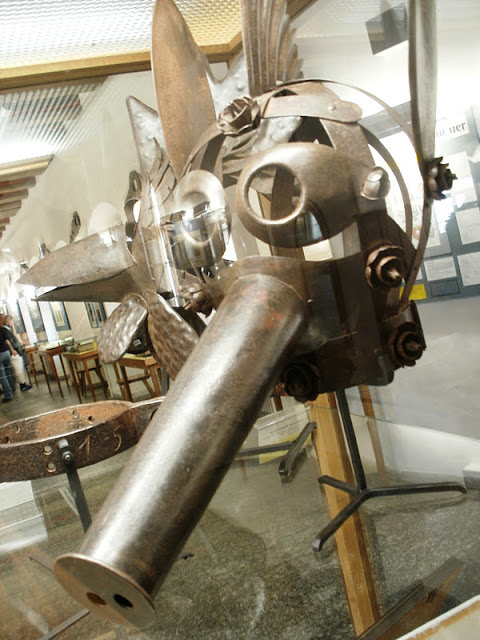 You can guess why you’d have a mask with a big nose, can’t you? For sticking your nose into other people’s business.

In addition to the masks there were greatly oversized necklaces of wooden dice for those caught cheating at games or who were unable to pay their debts. There was an enormous rosary with beads the size of softballs (I can’t remember if they were iron or wooden) that was worn as punishment by those who fell asleep in church or who didn’t show up to church. And they knew, because everyone had an assigned seat, so you’d better have been in it and reverently paying attention!

There were cages not much rounder than a bird’s cage that people were caged in. And an iron baker’s chair for bakers whose bread was too small or too light. They were strapped into the chair and then lowered repeatedly into water. There were even shame flutes for bad musicians. Their heads were put into a neck violin and then their fingers were crushed under an iron bar so that it looked like they were playing their instruments, but might never again.

Face it, no one could catch a break in medieval times. The town of Rothenburg ob der Tauber certainly looked pretty, but I’m glad I didn’t live there a few centuries ago.

What kind of shame masks would you create? And what crimes would they fit?