Not to diminish the sobering history that Montgomery encompasses, but sometimes. you need a break from the serious side. Luckily, Montgomery has plenty of recreational activities for visitors, so plan some time for fun, too.

As the sun starts to set and the temperatures start to ease, you can often see the people of Montgomery heading into Riverwalk Stadium for an evening of fast-paced minor league baseball. 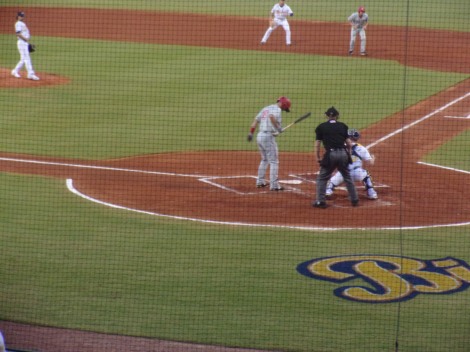 First, you’re likely to see “Big Mo” — the Biscuits mascot. He happily makes his way among the crowd. But I’m not sure if he ever stops to eat a biscuit at the biscuit concession. That would be weird. 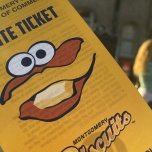 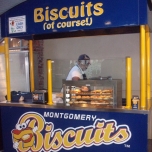 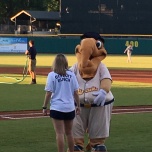 For those unfamiliar with American baseball, every stadium, its concessions, its mascots, and its traditions are unique to its city and fans. Minor league baseball, or “farm league,” is a step below Major League baseball, so the games are on smaller fields where fans sit closer to the field and are not as protected as at major league stadiums. I find that you have to pay more attention to Minor league games because the foul balls come into the stands a lot faster and closer. It’s not uncommon to take a baseball glove with you if you’re sitting close. Catching a ball in the stands makes you feel like you could be a baseball player, too. At least for a minute.

We had the great honor of attending “The Two Gentlemen of Verona for a Sunday matinee. It was a wonderful production! I often attend the Cincinnati Shakespeare Festival and visited the Stratford Festival in Canada. I enjoyed the play in Alabama immensely. What fantastic actors! 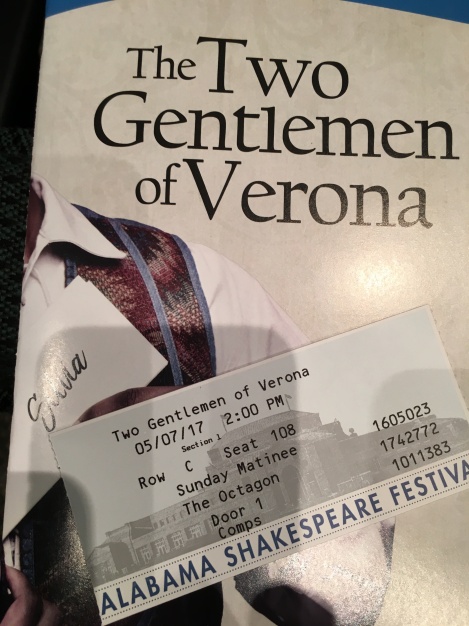 We got to meet them later at a reception at E.A.T. South. Most of them were there from New York and had plans to join other theatres after this show finished. Alabama seems to attract great talent, for sure!

Two members of my “Capitol Cool” group were my partners in trying to escape from Escapology. Our room theme was an Arizona Shootout and we almost completed our escape. Honestly. We were on our last puzzle when we ran out of time. I swear! So close, but unfortunately, we failed. 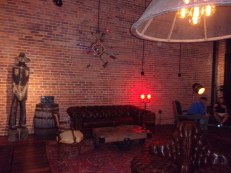 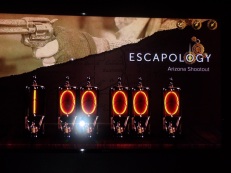 Then we all rode segways down along the Riverwalk and felt like winners anyway. 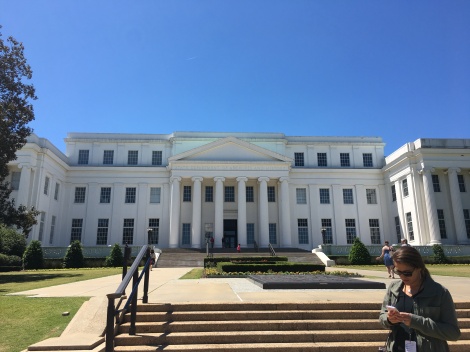 This Museum of Alabama was fantastic! The marble inside was austere and impressive, but then you spy a room for children to explore. Inside: Grandma’s Attic, where children can take a step back in time and dress in 1970’s clothing (How crazy that the 70’s are “back in time!”) and step into a pay phone booth to see how they worked. Man, I’m old. 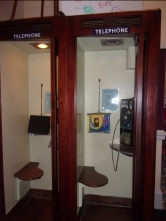 My early years are history?? 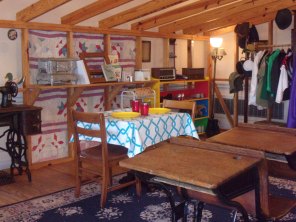 I was more than happy to get back to the older history showcased in the museum. The “Voices of Alabama” exhibit was captivating. All the history that occurred in Alabama was incredible. I’ve been sharing that with you, and certainly didn’t escape it here. Nor did I want to. This is what museums are for: to feel engaged and learning about a place’s history. 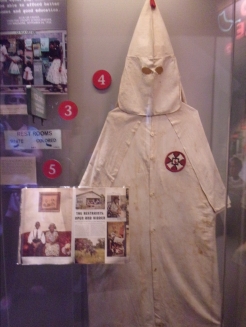 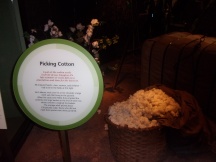 Cotton and the Civil War 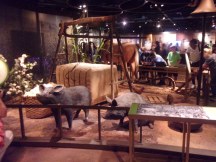 Farming & agriculture is at Alabama’s core

The Montgomery Area Chamber of Commerce put together such an outstanding itinerary. I highly suggest you contact them to help you plan your Montgomery, Alabama visit. Because surely, after all these posts, Montgomery has hit your must-see list. It’s Capitol Cool!

What intrigues you most about Montgomery, Alabama?

28 responses to “The Fun Side of Montgomery”