The Kemper log cabin, where the Columbia Christmas dinner was re-enacted outside.

It’s wonderful to venture out and see all the light displays of the Christmas season. But at Heritage Village Museum in Cincinnati, they decorate a little differently: the historical houses are dressed up in 19th century garb, the way they might have been when the buildings were used in 1800’s Cincinnati.

The Heritage Village Museum is a living museum filled with historic buildings that have been moved to this park location within Sharon Woods Metro Park in order to preserve them. There is a church, a doctor’s office, a general store, an old log cabin, a schoolhouse and several other buildings that once stood elsewhere in southwestern Ohio. 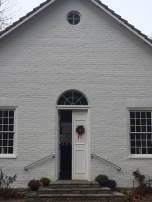 The museum is open year-round — at least from the outside. But there are special occasions throughout the year when visitors can enter some of the historic buildings and enjoy a glimpse of yesteryear. One such event is Holly Days, a weekend event in December that showcases the beauty of the buildings in their traditional Christmas splendor and a re-enactment of Christmas dinner as it was in 1788 when Cincinnati was known as Columbia.

The menu is historically accurate, and I do believe they baked the pie on the open fire outside the 19th-century kitchen. It looked a little crusty. I can’t imagine baking like that. Records documented this historic dinner that included local Indians and settlers in the region. 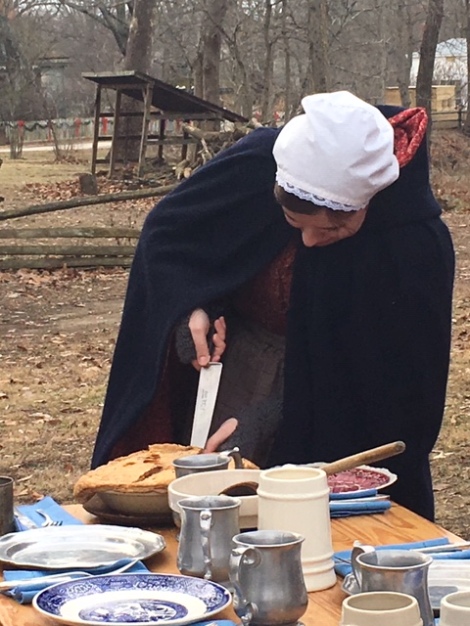 As you can imagine, decorations during this period were minimal; mostly wreaths outside. The grandest decorations were found in the Hayner House where a Christmas tree was decorated with ribbon and the piano and mantels held holly and greenery. 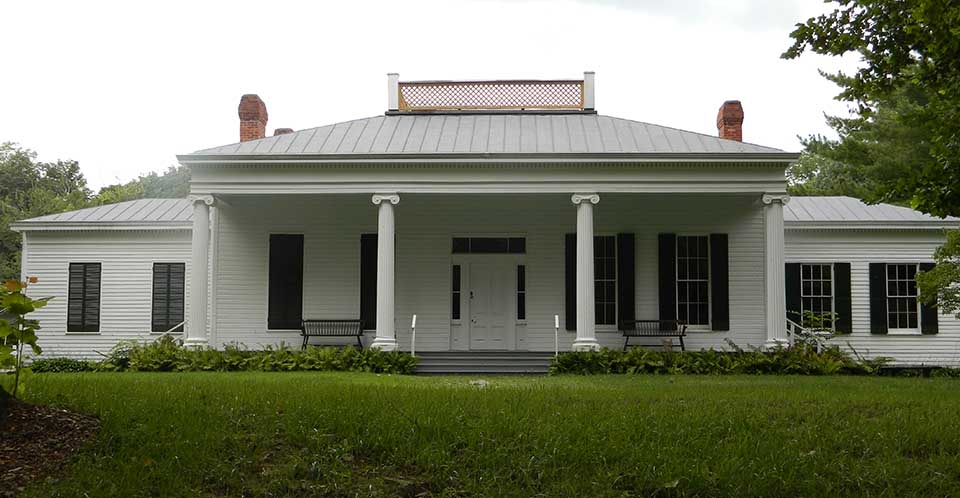 But the Chester train station held a more modern surprise inside: a toy train set, complete with a snowy miniature village and enough little touches that both children and adults were enthralled. 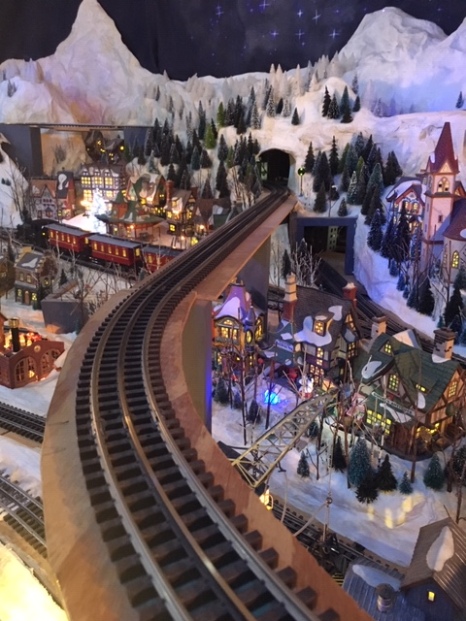 Holly Days was a low-key, old-fashioned glimpse of Christmases past. Christmas posts present and future still to come…

Are there historic Christmas events in your part of the world?

18 responses to “An Old-Fashioned Christmas”