One of the most popular day excursions from London that I found includes visits to three iconic spots, two of which are UNESCO World Heritage sites: Stonehenge, Windsor Castle, and the charming town of Bath. For roughly  $100 or less, you can book a 12-hour day trip to enhance your British holiday.

Home to Queen Elizabeth and adjoining the St. George’s Chapel where Meghan & Harry married, this palatial castle is the oldest and largest occupied castle in the world. On the day we went, the flag was raised, meaning that the Queen was there that day! Soon, Meghan and Harry are reported to move there before the birth of their first child.

A tour to the castle includes access to nineteen of the 950+ rooms inside. Each is more ornate than the next. If you’ve ever toured the palace home in Williamsburg, Virginia, you’ll see the British influence that carried over into American Colonial times. 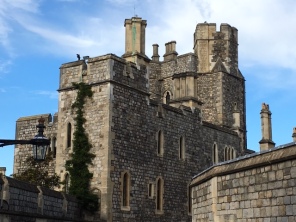 But what thrilled me most was walking down the same aisle that Meghan Markle recently walked with her Prince. 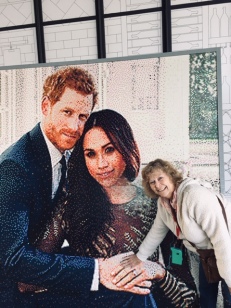 It was all so fresh in my mind. Can you imagine? We weren’t allowed to take pictures inside, which is probably wise. It was thrilling enough just to be there and to know the Queen was there, too!

Another hour’s drive took us to Stonehenge, a UNESCO World Heritage site. There’s nothing I can tell you about this incredible mystery than you already know. We enjoyed walking around it, observing the stones from every angle. I saw a man there sketching it, too. I wonder if he saw anything different in his version of this masterpiece? 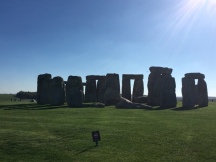 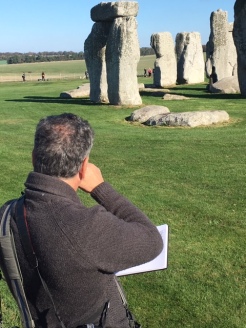 Bath, not surprisingly, is famous for its Roman baths. In fact, it’s the only place in Britain where one can bathe in natural hot springs, and it is also a UNESCO World Heritage site.

We decided to skip our optional tour of the ancient baths to wander the town instead. Our first stop was a bookshop on the corner where we quickly learned that Jane Austen was once a resident of Bath. Though our tour guide told us that she hated living in Bath, her time there inspired two of her six published novels: Northanger Abbey and Persuasion.

As a former English major, I couldn’t resist buying those novels from the place where they were set. I wished I were in Bath during one of the summer events in Austen’s honor: the Jane Austen Festival and the Costumed Summer Ball. I really want to go back for one of those! 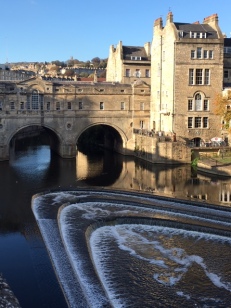 As it was, we wandered along the River Avon and admired the honey-colored hue of the stone buildings there. All are constructed of “Bath Stone” — oolitic limestone obtained from mines under Somerset, England. It is this “integration of architecture, urban design, and landscape setting, and the deliberate creation of a beautiful city” that warranted its declaration as a UNESCO World Heritage City in 1987.

The entire day trip was a feast for the senses. Visiting three drastically different spots outside of London was a real treat. It involved a lot of travel time, and truthfully, not enough time to spend at each place, but when you have limited time to explore the countryside, a tour like this can’t be beat. And now I know I need to go back to Bath. Jane Austen festivities are calling me…

Which of these stops appeals most to you? 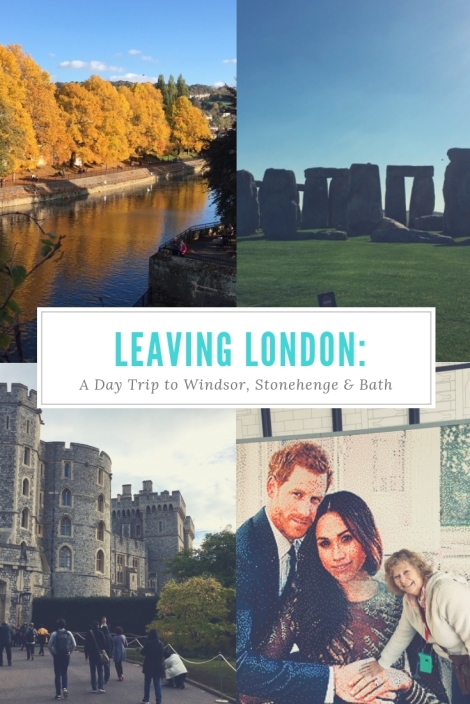 23 responses to “Leaving London for a Day: Windsor Castle, Stonehenge and Bath”