On May 13, 1917 a little girl named Lucia and her two cousins saw a vision of the Blessed Virgin Mary near an oak tree in Fatima. Lucia warned them to keep their sighting a secret, but her cousin Jacinta told his mother and word spread quickly throughout the village. 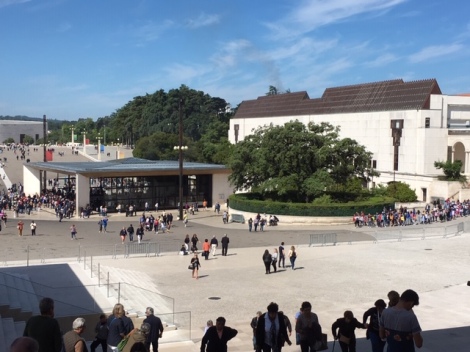 The three shepherd children continued to experience Marian apparitions on six occasions through October 1917. In all, Mary imparted three secrets and the world awaited those messages in awe that the Blessed Virgin had spoken to these children in a small mountain town in Portugal.

One of the secrets told to Lucia was that her cousins would enter heaven sooner than she would. Sadly, Jacinta and Francisco died less than three years later in a flu pandemic. Their bodies have been laid to rest inside the church where Lucia would also be buried in 2005. The boys have already been canonized. Undoubtedly, one day Lucia will be, too. 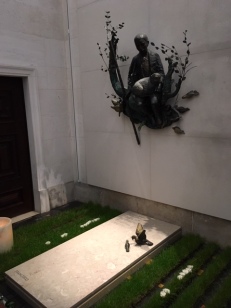 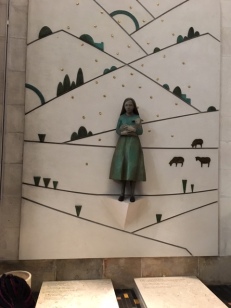 The tombs of Lucia and Jacinta below this image

Since that fateful day in May, 1917, millions of people began making a pilgrimage to Fatima. A Marian church and sanctuary were erected there and in 1930 the apparitions were officially declared “worthy of belief.” Undoubtedly, this acknowledgement cemented the idea of these Marian appearances as a miracle, but I don’t think many of the faithful needed that official declaration at all.

I was there on a normal day; not the 13th of any month, and certainly not on May 13th when millions of people flock to Fatima. Even so, I witnessed people making a pilgrimage on their knees from one sanctuary to another, along a marble path past the tree where the children saw the Blessed Virgin. 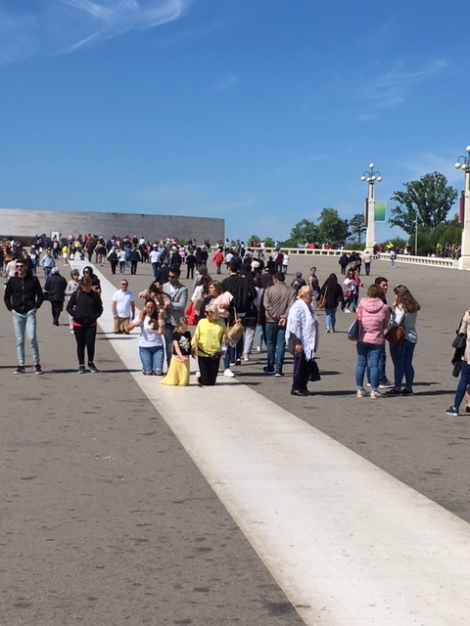 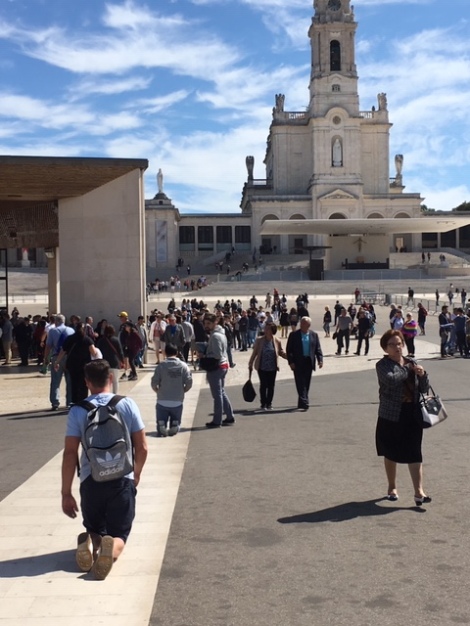 Near the sanctuary at the Cova da Iria where the tree is fenced off, my guide had told me I could light a candle. I often do so when I travel. I light candles for my late stepfather and father-in-law. But this wasn’t the typical rows of votive candles I expected. In Fatima, they do things quite differently; you buy candles and throw them into the fire.

Many people bought bundles of candles, or tall staff-like candles that they prayed over before tossing them into the raging fires. The entire area smelled heavily of candle wax. It was unlike any other religious shrine I’d ever experienced.

I am not Catholic but I was humbled by the sights I saw at Fatima; the visions of those so devout even now, paying homage to the Virgin Mary and the three shepherd children who saw her there. It was a sight to behold.

How much did you know about the visions at Fatima and the pilgrimages that take place there still?

18 responses to “Fall On Your Knees: Fatima”