When I was a kid, we took a family vacation to Florida. We spent a couple days at the beach, playing in the sand and surf, not realizing that we were unaware of what my mother was doing.

In Canada, I traded pelicans for parliament.

At least half of my pictures from Ottawa are pictures of the Parliament building. I have pictures during the daytime; pictures during the changing of the guards; pictures on Day 1 and more on Day 2; and lots of pictures of the Parliament building at night. That’s when they do Mosaika — a narrated laser-light show that tells the story of Canada’s history. They do it every night at 10pm July-September and it’s completely free. Thousands of people gather on the lawn and ooh and aah over the spectacle of it. I’m not sure everyone took minute-by-minute pictures like I did. But I think everyone enjoyed it.

Unfortunately, my camera didn’t cooperate as fully as I would have liked. But here’s a taste of what we saw. It was fantastic, and ended up being my favorite part of the trip. 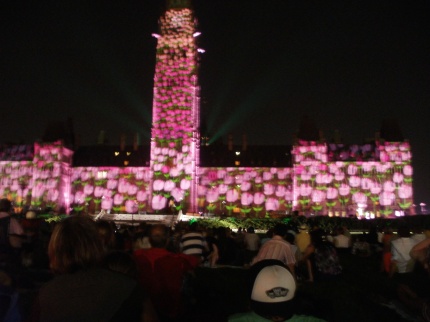 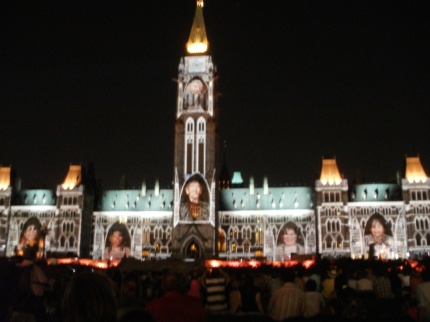 8 responses to “Mosaika: The New Pelicans”