All trips to Austin should begin with a Detour.

That is the PERFECT tagline for what Austin Detours is about!  Their concept is simple:

We’re different, because Austin is.

A true Austin experience. Our tours are the perfect combination of headline Austin and offbeat Austin.

That’s what I wanted: a peek into the iconic sites, and a glimpse at some of the offbeat “weirdness” that Austin known for. Ike, our tour guide, moved to Austin a while ago. He says he never thought he’d leave South Carolina, but he fell in love with Austin. And for the next two hours, he told us why as he showed us the city.

We started on Austin’s infamous 6th Street. A little like Bourbon Street and Nashville combined. 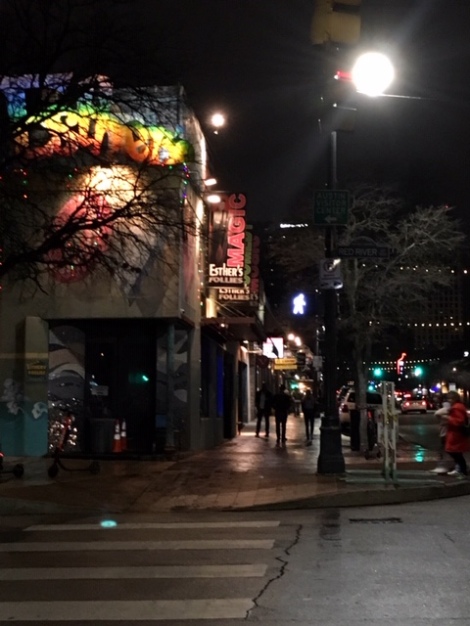 “Dirty 6th.” Colloquialism: “do the dirty”

Then we headed down Congress toward the Capitol.

Ike pointed out some of its features as we strolled in, saw the rotunda, and took photos while Ike called out some cool facts: like the fact that you sound like you’re speaking into a microphone if you stand in the center of the rotunda. The acoustics are incredible.

He pointed out the portraits of the governors. Three in a row are familiar faces: John Connally (who was sitting beside JFK in the car when he was assassinated), George W. Bush (“W”), and Rick Perry (who recently competed on Dancing with the Stars).  Oddly, it was strange to see them in a government institution. But then, we’re seeing a lot of odd things in our government institutions these days. 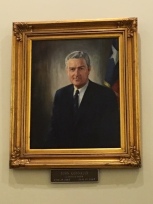 Ike also pointed out the hinges. Aren’t they spectacular? Little details like this make this building spectacular.

We drove past the University and looked at the clock towers where the a horrendous massacre occurred, and where Austin recognized that mental health was something needed to be addressed.

We also saw tributes to Willie Nelson, the Austin City Limits venue, and their connections with the Austin community. 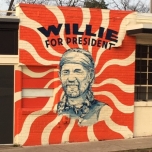 Street art was not to be missed. 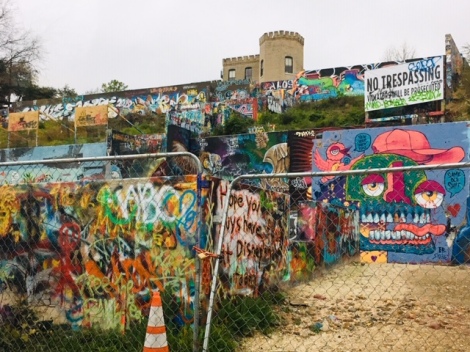 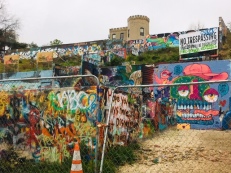 Neither were the food trucks.

Ike recommended plenty of other things to do and see. I got great advice on places to eat and hear live music.

My Austin Detour set the groundwork for my trip. I  knew exactly where I wanted to go now. I was ready to go explore even more of Austin! Determined to embrace all that Austin had to offer, I took Ike’s advice. And I was never sorry I did. 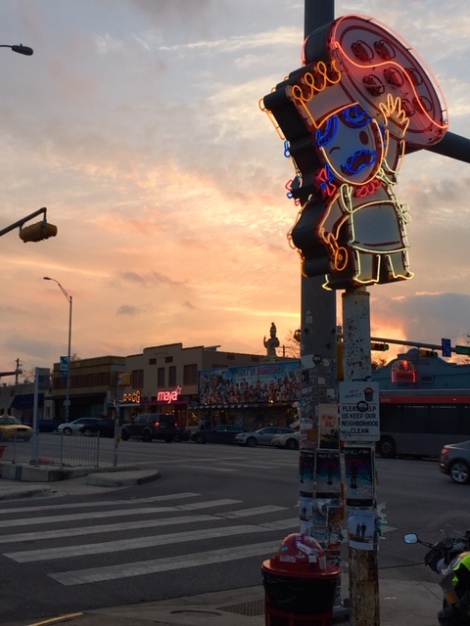 South Congress. Ike pointed out a dozen places and I went back and explored them all

One of the places I knew I had to go was to C-Boys, where I could play Chicken Sh*t Bingo. I’ll share that experience next.

What’s your favorite thing about Austin? If you haven’t been yet, what would make you want to? Because Ike could make a Detour…