“Are you here for the Communism Tour?” Our young guide stepped forward and introduced himself as Marko.

I stepped forward and checked us in. “What drew you to take this tour?” Marko asked.

I’d booked it because I wanted to explore communist history while I was in the Baltic States and this free walking tour sounded incredible. I seek out free walking tours more and more as I travel to cities. They’re manned by volunteers who do it as a passion and hope that you’ll reward them with tips for the tour they gave you.

A few other people from England, Spain, and Australia joined the tour. As we waited for the rest of the group to join up, we chatted about other walking tours we’d done. I’d taken a really good Jack the Ripper Tour in London and a communist bunkers tour in the Czech Republic. I couldn’t wait to learn more of the history of communism here in Tallinn, Estonia. I had no idea what it had been like there.

Marko was a fantastic storyteller. By day, he teaches middle school history and does this tour on the communist history of Tallinn and Estonia as a weekend sidekick. You could tell he’s a natural, and I’ll bet his students love him; he’s delivers history in a fun, relevant, personal way that makes you feel like history is unfolding before you. 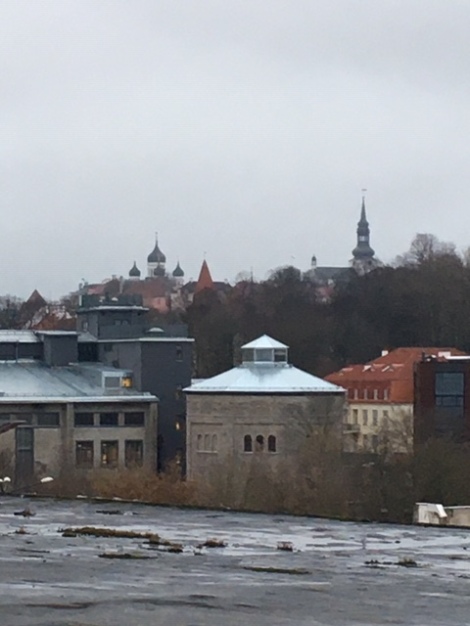 Estonia fell under communist rule in June 1940 by Russia. Many Estonians were forced out and exiled to Siberia. Those that remained were gathered into ghettos like the Nazis were doing to Jewish populations in other European countries.

Then in August, 1940, the Nazis marched in and the Estonians were hopeful that things were going to get better.  Nazis versus Communism? Hitler versus Stalin? What kind of choices were these?

That was the foundation of the history lesson we got as we walked around Old Town Tallinn and imagined what it was like during the Communist regime which arguably continued from 1940 until 1991. Their independence is still so new!

Marko, who is 27-years-old, eagerly answered questions from a few of the men in the group who were well-versed in military history. Marko is, too. He served his mandatory 2-year stint of military service and joked that though Estonia very recently gained its independence, the underlying understanding was that a future potential enemy would come from the east. Russia. That’s what they train against.

My Airman son found that interesting, too. He could put the entire history presented during our tour into perspective. While I was interested in the political and historical events that Marko mentioned, I was more intrigued with what life was like under Communist rule. 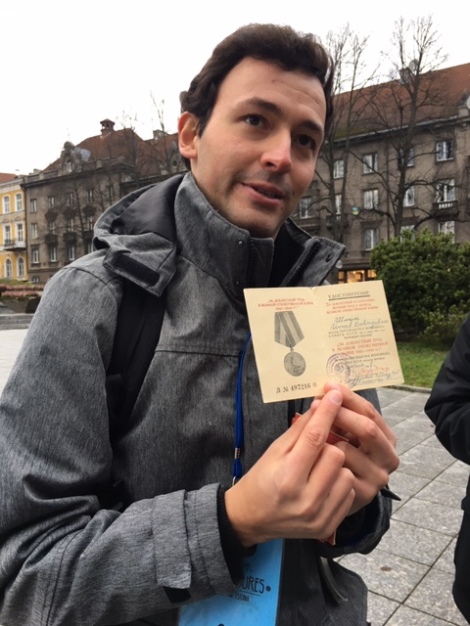 Marko had brought his grandmother’s national medals. She’d written for newspapers and magazines before communism, and continued to do so for a Communist paper when they were occupied. As Marko explained it, everyone was expected to work and contribute to the community and all were equally regarded. In other words, said Marko, everyone who worked, which meant everyone, got medals. His grandmother got three during her career. She had no more sentimental attachment to them than if they were participation certificates. She let Marko have them and he brings them with him to his tours and let all of us hold them and examine what they represented. 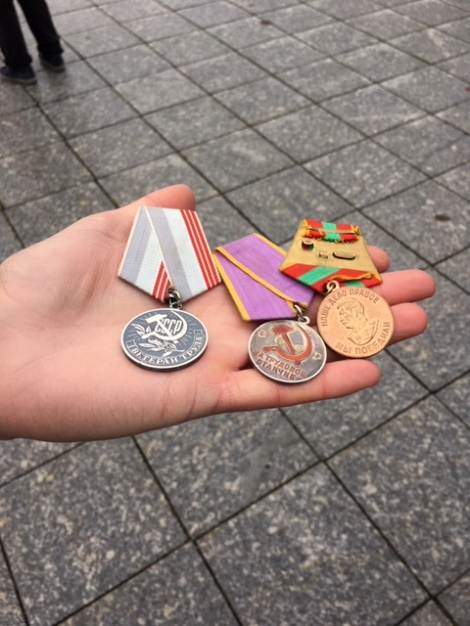 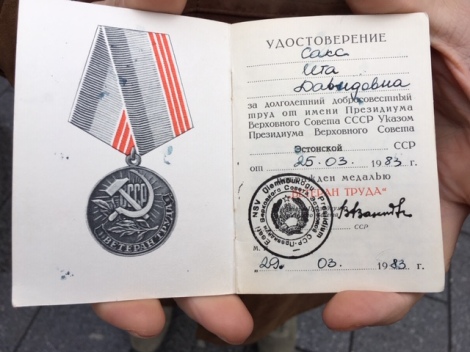 I loved that personal insight. And the stories about the KGB and the different spots you could visit that had to do with the notorious KGB, which was very real in Tallinn.

The KGB Prison cells in Old Town were open very limited hours, so we did not have a chance to visit them after the tour as I’d hoped. Nor did we get a chance to tour the KGB offices housed in Hotel Viru, which must be arranged in advance. Another man on our walking tour had gone the day before and described it as the place where the KGB spied on every person who visited Tallinn. This hotel was the ONLY place where foreigners were allowed to stay and the KGB was monitoring everything that happened in those rooms. They secretly kept records of everything happening within the hotel’s walls.

The Palace that was City Hall

This hotel was very busy during the 1980 Moscow Olympics. With Moscow being landlocked, it was determined that sailing events would take place on Lake Tallinn. A city “palace” was quickly erected on the waterfront, providing spectacular views of the harbor.

Walking atop one level of The Palace put together during the 1980 Moscow Olympics. 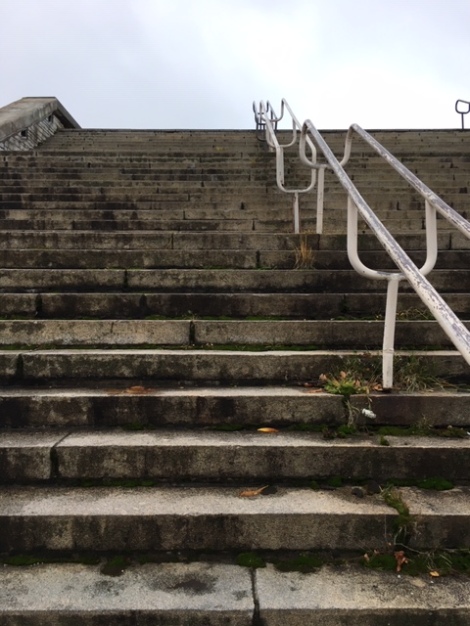 The expansive staircase leads up to the roof of City Hall

The hastily-built buildings housed a theater and performance stage. The size was enormous and the city later turned the venue into City Hall. Unfortunately, the building quickly began to fall apart and was finally closed for good in 2009. There are plans to refurbish this piece of prime real estate once it can be funded. 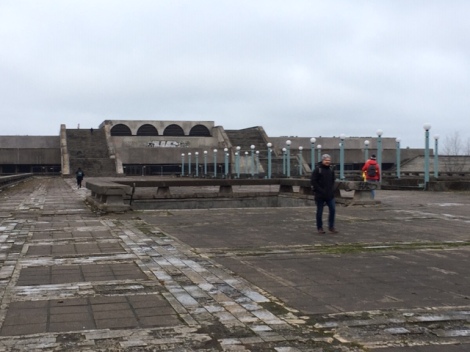 Marko shared tidbits of daily life of the time that we wouldn’t think about now; things like the good jobs to have under communist rule and what amenities took priority in a world where toilet paper was handed out one sheet at a time — for a whole family of people.

All of Marko’s stories were fantastic and described the struggles with its occupation through so many turbulent times. But there were moments of joy, too — moments in life that give us a glimpse into the lives of the people that were there.

Helsinki, Finland is just a 2-hour ride across the water.

Marko pointed across the water. With Tallinn being a mere 2-hour ferry ride away from western civilization in Helsinki, the Estonians living there could enjoy some of the news from the outside world. This proximity played a big part in the lives of those living in Tallinn. They could hear radio programs from Voice of America, and could get television reception that played English-speaking shows.

Marko wrapped up the communism tour on this upbeat note: “Nine months later, there was a baby boom.”

Have you taken any good free walking tours on your travels?